The Department of Geographical Sciences at the University of Maryland, College Park is a leader in integrated research on the coupled human and physical dimensions of global change, remote sensing, and Geospatial Information Science. The Department of Geographical Sciences is seeking applicants for a postdoctoral research position to work in Dr. Laura Duncanson’s research group, focusing on lidar remote sensing for forest ecology. The research project is funded by a new NSF grant which seeks to develop an Institute for Biodiversity Forecasting. This project brings together ecologists, environmental engineers, data scientists, and conservation stakeholders to determine optimal ways to integrate novel data sources to make near term forecasts for biodiversity at a global scale by addressing changes in (1) species’ abundance and geographic distribution, (2) community structure, and (3) ecosystem function. This position will focus primarily on the structural aspects of the wider project, using NASA’s GEDI data to explore relationships between forest structure and biodiversity at a global scale.

The position will involve the processing and interpretation of NASA GEDI waveform lidar products, as well as exploration of other data streams that may aid in linking forest structure and function (e.g. Landsat, ICESat-2, OCO). This will be a minimum two-year position and involve working toward a larger proposal with the wider project team.

from University of Maryland College Park: All Jobs https://ift.tt/2XJUwgc
via IFTTT 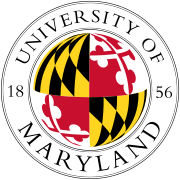